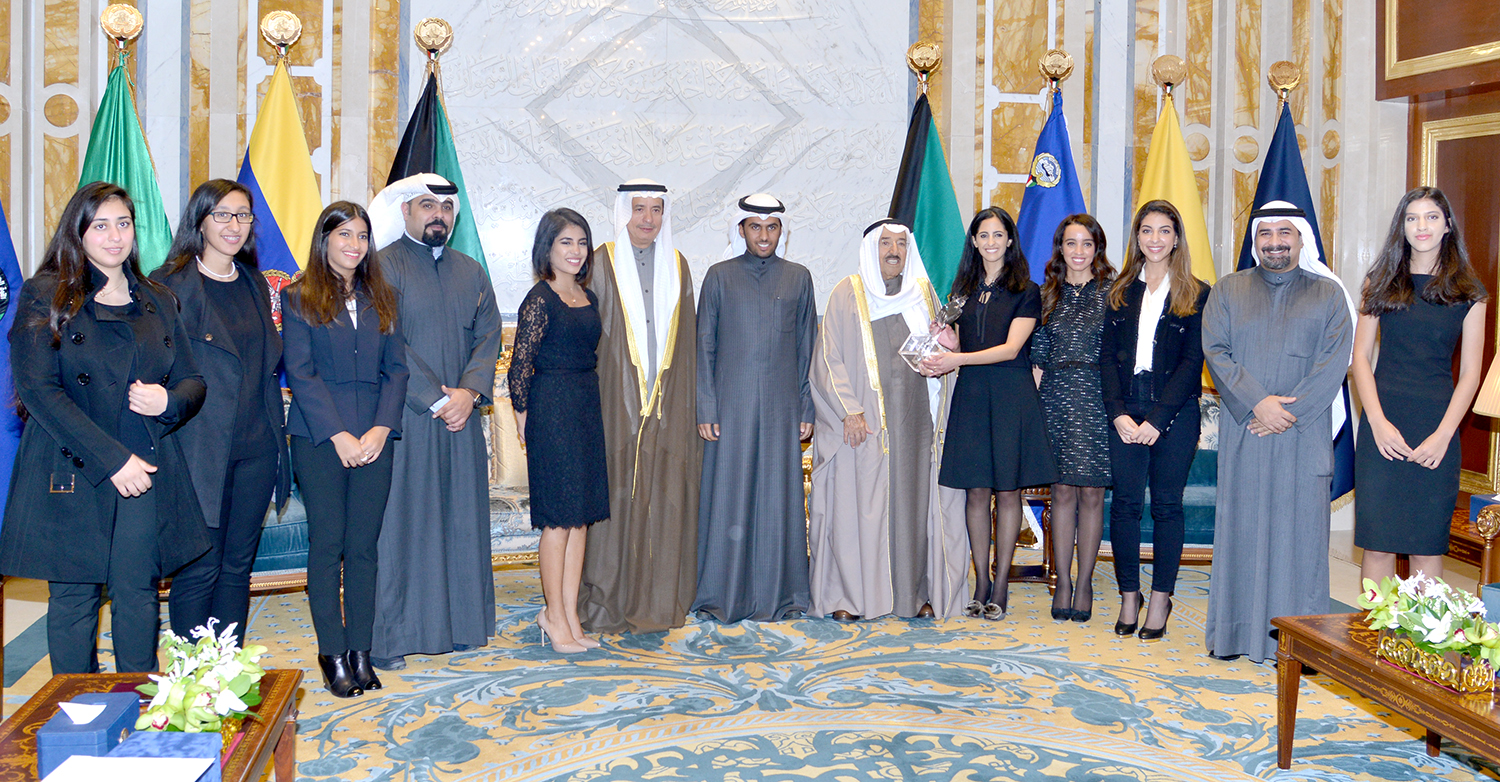 The organization holds seminars and training courses for the young citizens to study their talents and help them boost their skills, employing innovative methods. His Highness the Amir, addressing the guests, re-affirmed that the State would put all available resources at the disposal of caring for the junior nation-als. During the audience, attended by Deputy Amiri Diwan Affairs Minister Ali Jarrah Al-Sabah, Bahr addressed His Highness with the term, ‘Yoba’ (Kuwaiti dialect for father), noting that His Highness had hosted a delegation from Proteges when it was founded seven years ago and since then, the program has produced batches of Members of the Proteges hold pictures showing activities carried Members of the Proteges are pictured during the reception.

Highly skilled youth who earned international honoring and praise. Mohammad Al-Mnaikh recalled that His Highness during the first meeting with the program members had encouraged them to press ahead and let no obstacle stand in their enhancing leadership skills among face. “Protégés has developed into a the youth,” he said, noting that its leading organization tasked with members/number has grown from 25 to 150. “We are not present solely in Kuwait, for we have reached eight other states and have become linked up with five universities,” said Mnaikh, who developed from a student in the program to a guide. Mnaikh requested that His Highness furnish him and his colleagues with further support “so that we could double our performance.” The program has paved the way for many young Kuwaitis to excel and turn into highly renowned leaders; namely Noura Al-Hajri and Bader Al-Tahous. Another activist mentioned that the organization distributed 35,000 books to those in need and refugees. Reciprocating, His Highness the Amir said he was deeply touched for being addressed with the term ‘Yoba’.”This is a grand overture … it touched my heart deeply … indeed you are all my children and I assure you that you won’t stop halfway and we will manifest the goodness in ourselves by backing you,” His Highness said.