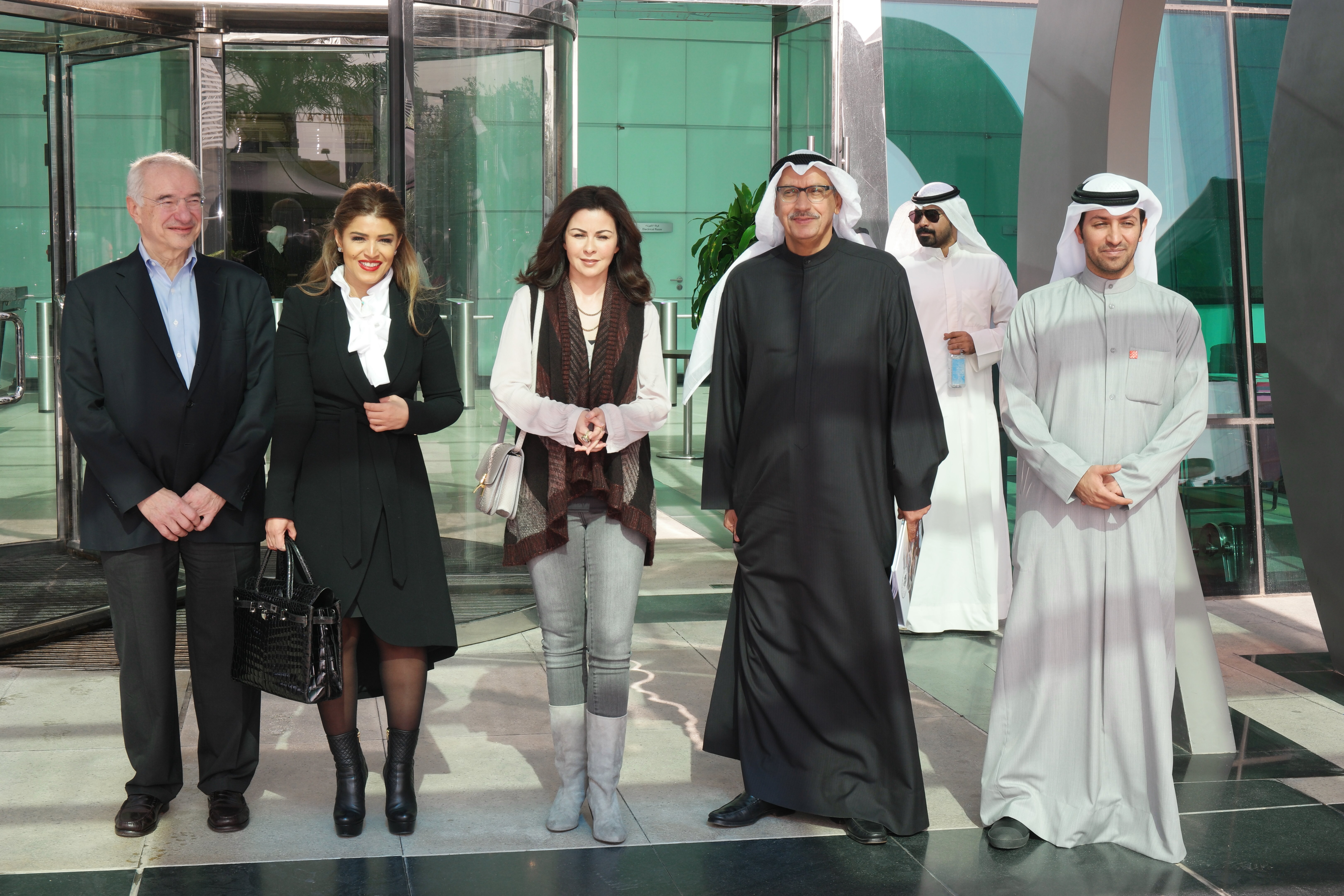 G6 of The Protégés presented their Initiative “Waseela” to a judging panel consisting of Mr. Mahmoud Al-Sanea Chairman of United Networks, Ms. Abeer Al-Omar – Manager Corporate Social Responsibility – KIPCO to represent the group companies, along with other program sponsor representatives. The judging panel was placed at KIPCO Tower in the Chairmen’s Club. After a Q/A session between the judges, the Waseela representors ( 1 2 3) scored a record breaking score of “A-“ according to the judging panel.

A press conference was held at the chairmen’s club, where Ms. Abeer Al-Omar – Manager Corporate Social Responsibility along with Ms. Rana Al-Khaled The Protégés Mentor and Ms. Maha Shehab Waseela Coordinator announced the graduation of G6.

Under the patronage of Sh. Al-Zain Al-Sabah, and in the presence of Mr. Mahmoud Al-Sanea Chairman of United Networks and Mr. Samer Khanachet – Group Chief Operating Officer at KIPCO along with Abeer Al Omar Head of KIPCO CSR , The KIPCO/Protégés JobShop was opened.

The event aims to provide a chance to learn more about KIPCO and its subsidiaries and get an exclusive one-on-one time with the representatives of each company for job opportunities mainly for Protégés, and other universities graduates.

People attended the event enjoyed the beautiful weather, and the atmosphere was joyful.

KIPCO Tower tenant were invited to participate at the event.

FoodBuzz were the food and beverage providers.

The CSR Department would like to thank UTC management and the UFM management for providing all the services and facilities to make this event such a success.