Courtesy of United Networks, on Tuesday, September 24, a group of Protégés had the opportunity to go behind the scenes at both Marina FM live studio and offices. Mr. Salah Al-Mohammad greeted the Protégés and introduced Marina FM’s background and history. 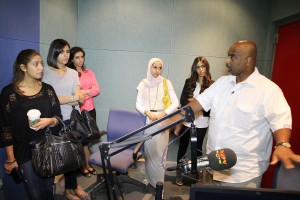 Then he led them around the studio, explaining the new technology and the function of each machine. The Protégés were even allowed to try out some of the machines. 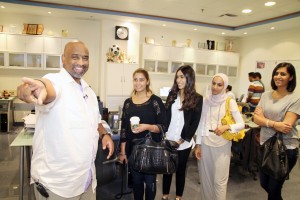 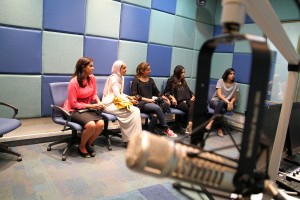